What a Load of Rubbish

If you have a major cleanout planned for your home or the office, or are doing any type of renovation or remodelling work, it's good to hire a skip bin. You may not be legally allowed to put larger pieces of rubbish out on a curb and expect them to be hauled away with your standard trash, and the dumpsters on your commercial property may also be too small for office furniture and other such pieces. Whatever the reason for needing a short-term skip bin, note a few mistakes to avoid with this rental, so you avoid injuries and even unexpected fees.

A bin with casters can be very good if your cleanout job will extend around your entire home or office, as you can then easily move the bin where it's needed. Trying to push or pull a bin without casters can be downright impossible for most people, especially after it's been filled with some debris; this can also scrape concrete and other such surfaces. If you do want to move the bin around, be sure you get one with casters, rather than assuming you can simply "strongarm" the bin into different locations around your property.

On the other hand, a bin with wheels can be more dangerous, especially if you set it on an inclined surface, and before the bin gets full. Large, heavy objects such as old furniture pieces will help weigh down the bin and keep it in place, but an empty bin or one filled with lighter objects might move around more freely. Be cautious if you do get a bin with casters and lock the wheels properly, even putting heavy bricks in front of and behind the bin, rather than assuming it won't move on its own.

When you rent a bin, there may be limits as to how much debris you can add to it. Most bin hire companies will note if the bin can be filled to the top, or if there is a "fill line" around the inside rim, and if the bin cannot be filled past that line. Adding too much to a bin can cause it to tip and also cause items to spill when the bin is emptied. So be sure you always err on the side of caution and get a bin that will be sufficiently sized for your needs, rather than underestimating its capacity and winding up with one that is too small. 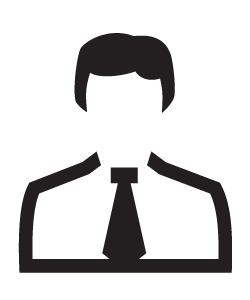 Hello! My name is Eric. This blog is going to be a load of rubbish. By that, I do not mean it will be a bad blog. What I mean is, it is going to be a blog which looks at the topic of garbage bins and waste management in great detail. Last year, I had several problems with the bins on my property. It didn't matter what I did, they smelt really bad. In the end, I called up the garbage bin hire people and they sent a man out. He gave me a real education about how to care for my bins.